The Telluride Festival was great in '97, the year I went. I wish I could go this year, but I have family problems. The following article [excerpt] is just a heads-up, it may or may not be a problem during the MushFest, who knows?

June 16, 2000 - Law officers were so busy at a drug checkpoint south of Telluride Wednesday and Thursday, the kickoff of the mountain hamlet's wildly popular Bluegrass Festival, that they could barely keep up with the paperwork, Dolores County Sheriff Jerry Martin said.

"It just bowled us over," Martin said. "It was a great success. I'm going to be in court for the next six months." Amid howls of protests from some motorists and local observers who said rights to privacy and other personal freedoms were being sacrificed, a drug interdiction team with officers from Cortez and Dolores and Montezuma counties made 20 arrests on Wednesday alone.

Four were on suspicion of felonies, Martin said. Officers also seized two cars at their checkpoint on Colorado 145 between Rico and Telluride.

"I think it's outrageous," Telluride Mayor Amy Levek said. "I'm not sure what the motivation is. The bluegrass festival has had its ups and downs, but for the last 10 years the crowd has been very manageable, a good crowd."

Cars were searched only when occupants gave their permission or after an arrest. Those arrests involved people who either had outstanding warrants or had illegal substances in plain view, he said.

Most of the catch Wednesday was marijuana or psilocybin from hallucinogenic mushrooms, which surprised Martin, who said methamphetamine is the "drug of choice" for the area.

San Miguel County Sheriff Bill Masters said that while he is a friend and admirer of Martin's, he is philosophically opposed to such tactics and won't use them in his jurisdiction.

Camping in Telluride is available at Town Park for $11 per campsite per night [in '97], no advance reservations allowed. If all the campsites are taken, just ask at each site if occupant will let you set up on their site. Someone let me, and two more guys after me, share. Town Park is about a 10 minute walk from the lecture hall, and is a great place to meet people. If you're coming from the airport it is about a $15 taxi to Town Park. No campfires allowed, but hibachis were OK, although due to the recent forest fires, that will probably not hold true this year. Temperatures at night were about 40, in the day about 80. I wish I could go, maybe next year.

Well I bit the bullet, bought my plane tickets.
I posted in off-topic more of a telluride ride board, maybe better than here. Many people flying through Denver esp., 325 miles on the bus is not a good way to start the weekend!!
Looking forward to meeting fellow shroomerites. And Paul Stamets and Andrew Weil. What more could you ask for?

Anyone Comming By missouri.. If so I could use a ride

I want to meet some of you in person, Badly!

Pretty much im tring to make all new friend since all my friends use me for bud and money. 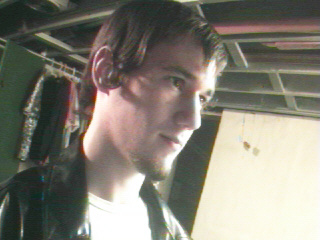