I just read through most or all of them. SO much good information!

Thanks for sharing the knowledge

Basic Information from RR and Frank

Very nice write up, this will be extremely helpful (along with some of your other write-ups) as I'm just starting to work with agar.  Thanks for taking the time!

Have some medicinal mushrooms and want to get the most out of them?  Try this double extraction method.

I love your write ups on agar Stro.

I've been meaning to get mine done but it's not going to happen too soon it seems.

So I'm going to point people over here til then

Yes, you can bump my old threads with a question.
Here is how I get things done.
You should take a look.

Forrester, nice to see you around! I really enjoy your gourmet and medicinal work, inspirational to say the least.

Thanks Frank! It was a PITA for sure. It's really is hard to discuss without stepping on toes or surpassing the scope of purpose for the write up. Hopefully it will help a few folks who don't know where or how to start.

billb
The Wolf I Feed

Thanks for the compliment

Quote:
Stropharis said:
Hopefully it will help a few folks who don't know where or how to start.


It certainly will, agar can be daunting to get into, and I've been putting it off forever.  Having really detailed information and pictures like these helps a ton.

Especially going to the trouble to cause infection just for demonstration, that's awesome!  I just tried my first clone of a wild reishi a couple days ago and it will really help me on cleaning it up.

Have some medicinal mushrooms and want to get the most out of them?  Try this double extraction method.

Great write-up, cleared up a lot of things that I couldn't figure out.
I'd be truly greatful if you could elaborate this a bit for me:


Quote:
Stropharis said:
If you take a small peace from the very outer edge of the area where there is one distinct sector, when there are actually three, congrats you just snatched up the fasted monoculture in the area.


If there's actually 3 sectors just looking like 1 for the naked eye,
is that still a monoculture?
Or did you possibly mean that it's the best place to transfer from further?

Also, your absolute last pic of Orissa C, is that a monoculture?
If not, where would you choose to transfer from/sector next?

Sorry if I'm not making sense, I think this still is a bit confusing,
and my great breakfast probably didn't make my post as accurate as I wanted it to be

In the abundance of water, the fool is thirsty - Bob Marley

just want in on this one

It doesn't matter what i think of you...all that matters is clean spawn

I'm tired do me a favor

It is only when you narrow a culture down to a smaller number of strains that sectoring becomes visible. Usually after cloning you can make out sectors, these sectors are nothing more than individual strains (monocultures/isolates) that are disdiqushing themselves by showing different growth characteristics relative to its neighboring strain creating lines of isolation between one another. When I say;

Quote:
Stropharis said:
If you take a small peace from the very outer edge of the area where there is one distinct sector, when there are actually three, congrats you just snatched up the fasted monoculture in the area.


I don't mean that these sectors are not visible to the naked but they are only noticed if you take a closer look and start "splitting hairs" or small sectors lol. If you do not need a lot of different strains from one dish then it isn't necessary, because that small peace of mycelium that you transfer will more than likely not carry all three genetics but only one.

I want to make sure that I answer your question.

Quote:
spacechildo said:
If there's actually 3 sectors just looking like 1 for the naked eye,
is that still a monoculture?

No, a true mono-culture, isolate, or strain, should not show sectoring. When working with clones tissue on agar you have already narrowed it down and will most likely see sectors on the first culture, and although they are not true monoculture, the desired intent is met, a performing culture, therefore the reasoning behind reducing it further are limited.

Quote:
spacechildo said:
Also, your absolute last pic of Orissa C, is that a monoculture?
If not, where would you choose to transfer from/sector next?

As for A I believe there are two strains but it is hard to tell, not relevant as I would have no reason to reduce it further.

B is not an isolate.

And you can tell why by looking where it came from.

There are so many strains in this culture that it is hard to make out sectors.

I will actually be adding to this writing up using the second dish of B to demonstrate further isolation of a strain.

I hope your answer is somewhere in my rambling.

I am late for a date but I will stop by later.

I can't believe it's been three days and there aren't at least five pages of people telling you what an excellent resource this is.

Thank you for this amazing pictorial write-up.

Thanks Bro! There should be some updates coming soon.

This is an amazing write up! Props to you man 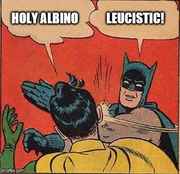 Awesome dude.  Thanks for this!

Big Gulps!  Alright!  Well,  See ya later!
And if i claim to be a wise man, well, it surely means that i dont know!

Glad I could help.