Overlay is a term that refers to the condition which can occur to an overly colonized casing layer.

Overlay is a term that refers to the condition which can occur to an overly colonized casing layer. A casing layer which has approached 100% visible colonization (=the casing layer is becoming completely white from the mycelium growing on it) risks overlay.

Overlay occurs if one or several of the factors play together:

The condition when the fine strands of mycelia die and become hard and matted (as compared to the light, strandy mycelia you will become familiar with.) is called stroma. Overlay is often bright white, since it has become so matted and impenetrable. Mushrooms will not grow directly from a section having stroma, as the mycelia layer is dead on top, and cannot be penetrated from below. Touching stroma (it's generally not a good idea to touch casings) - it literally feels like it is one solid piece, as compared to the much more pliant healthy mycelia.

Avoid overlay by initiating pinning at the proper time and avoiding the above conditions. Overlay and particulary stroma can't be "cured," per se, since the top layer of mycelia is literally dead. But you can help by "scratching" it - by dragging a fork, knife, or any other tool which will till the hardened casing and allow for new colonization.

This is better to be avoided though for the following reasons:
First, it's never advisable to touch the casing layer in any way. It simply opens up another route for contamination to set in. If you scratch, make sure your tools are sterilized (alcohol, boiling, etc.) and you are clean. But do not touch the exposed substrate with your hands, for any reason.
Second, dealing with overlay means you're not producing efficiently: when you scratch the casing, the mycelia has to recover from the shock and also re -colonize the casing layer, setting you back at least an appreciable week.

The offect of overlay on the pinset and yield varies from mushroom species to mushroom species. With Psilocybe cubensis overlay is not such a big deal, because Psilocybe cubensis grows perfectly well also from uncased substrates(PF cakes, bulk straw and other subtrates). Thus it doesn't necessarily need a functioning casing layer, although it clearly does benefit from one.

If overlay happens with a mushroom which absolutely requires a casing layer( Agaricus species for instance) the effect on the pinset and yield is much more negative. 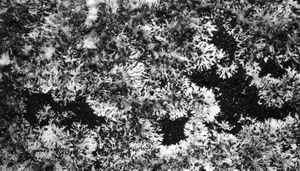 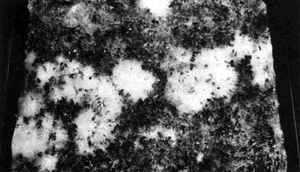 Images from Paul Stamets and J.S.Chilton: The Mushroom Cultivator
Shop: